Oh yes! The Christmas season is once again at the peak of the peakest peak! I know, Merriam Webster doesn’t agree with the word peakest, but we have the urban dictionary and the work “peakest” exists! Hahaha! Recently, I read in the WordPress blog that Sonny was officially released yesterday! Who’s Sonny? Sonny is the codename for the latest WordPress version! Oh yeah! Another WP version was released and I’m so loving it! It’s the version after 3.2!

Guess what’s the version the number? It’s 3.3! You know, after 2, it’s 3! Then I have a premonition that by January next year, there will be another new version of WordPress and it will be version 3.4! Hahahaha! 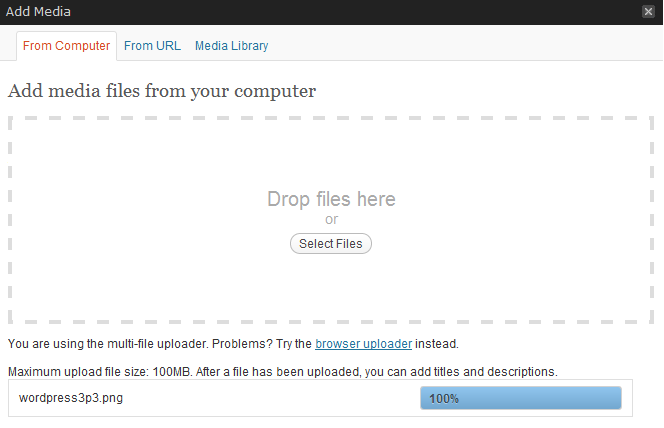 Sorry for talking nonsense, but I love 3.3 because it’s awesome! The drag and drop uploaded is what I’ve been waiting for a very very very long time! Now I can upload pictures easily by just dragging it and dropping in my WP admin panel!

Isn’t it awesome? I bet it is! Merry Christmas guys!